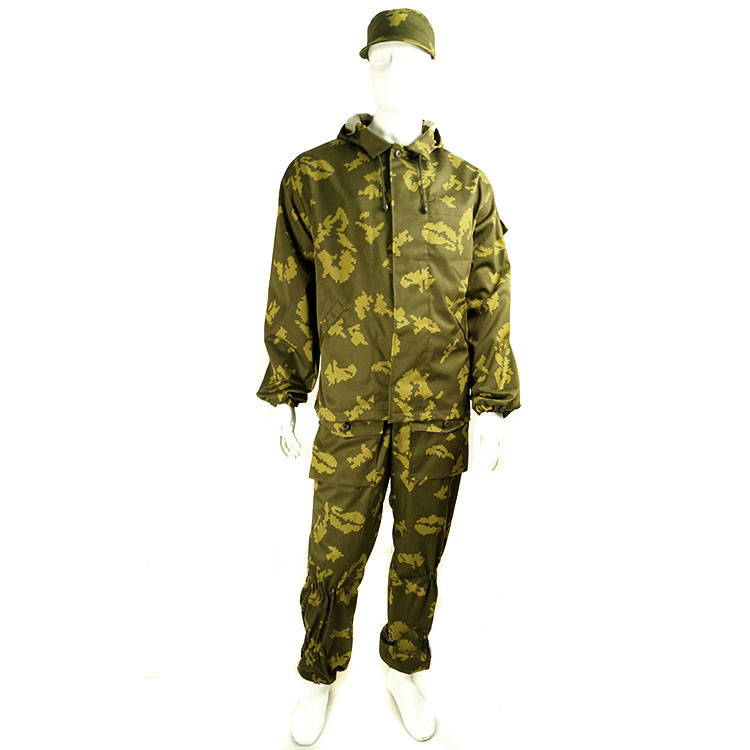 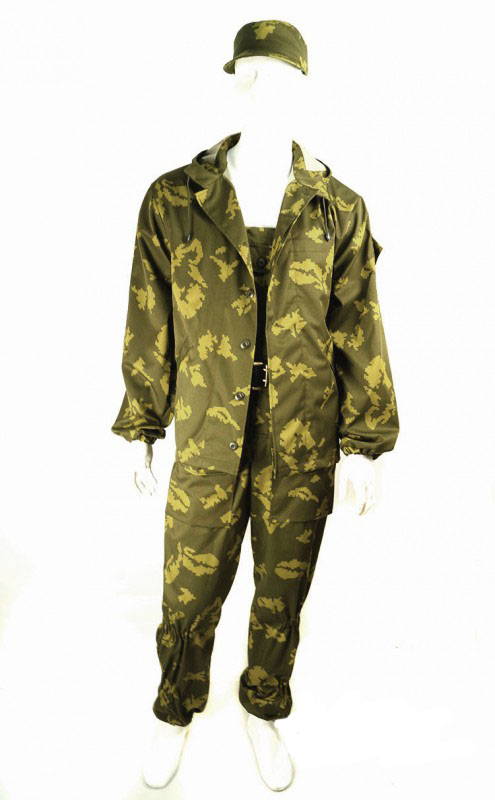 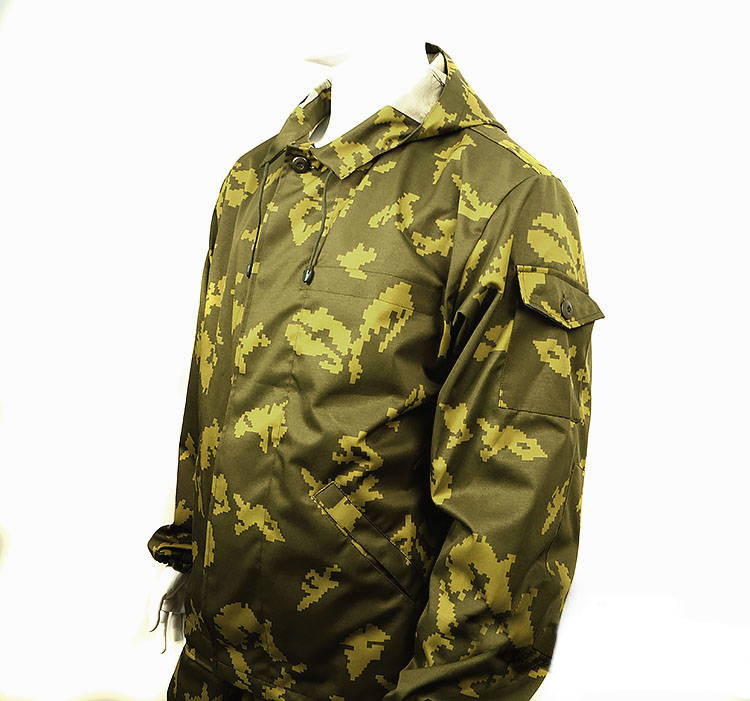 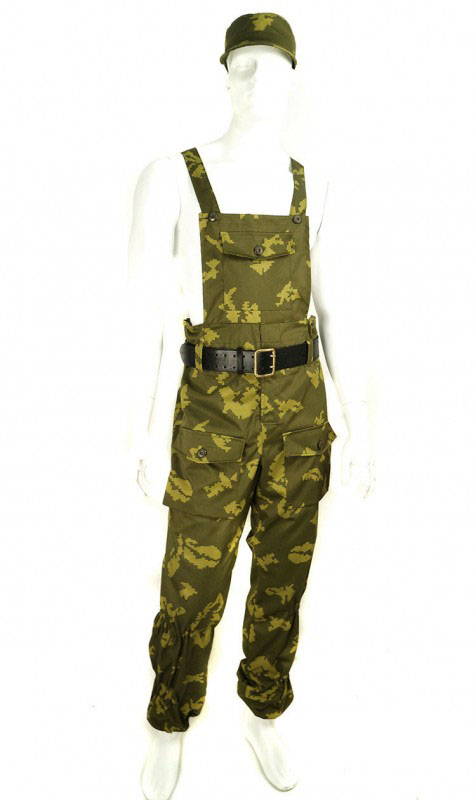 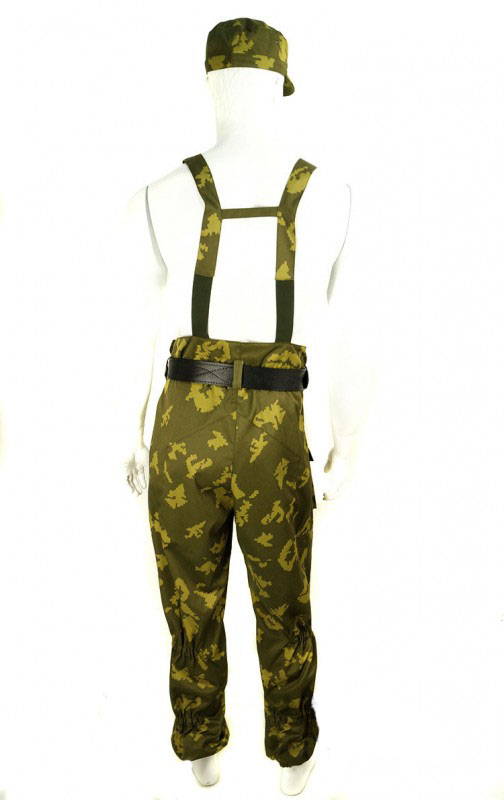 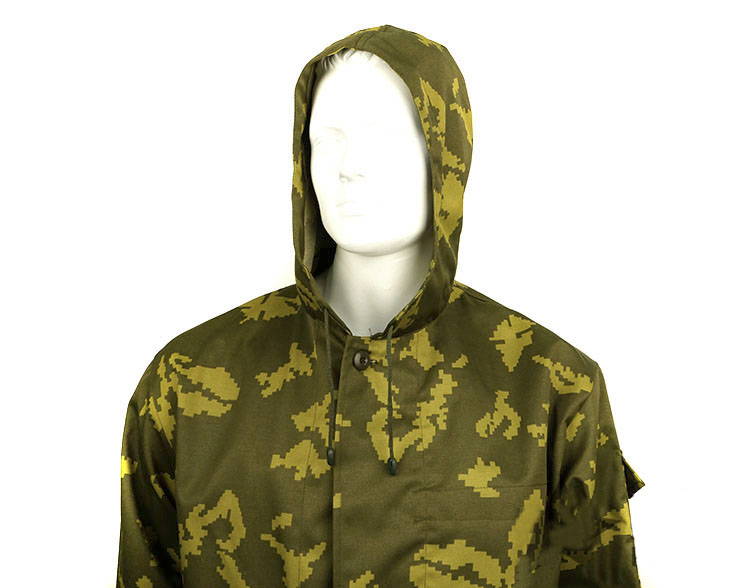 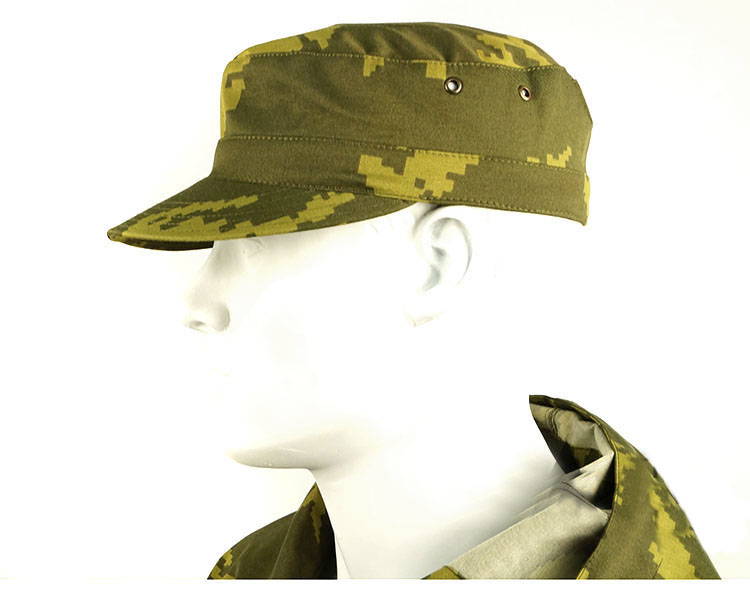 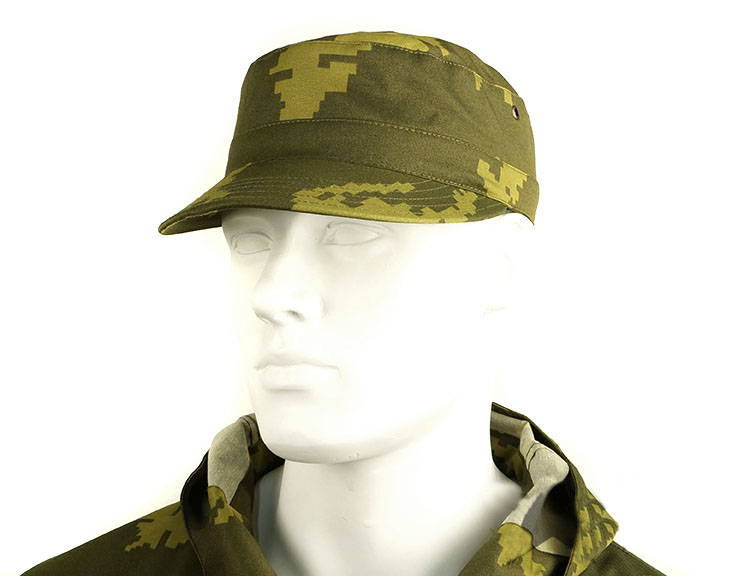 Original Soviet Gorka (Sometimes referred to as Gorka 1) was mainly used by special troops, VDV, GRU, Spetsnaz, mountain troops (the word Gorka originates from Russian word mountain) and others during the Afghan War.
Since then it has been a favoured suit by those who are having to battle harsh climates. Currently, Gorka is a Russian military uniform suit designed for special forces (spetsnaz) of MVD, FSB, VDV (airborne), GRU.
This is a new-made reproduction of Gorka-1 suit in the popular beryozka camo pattern. (Berezka) 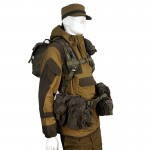 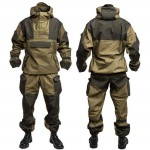 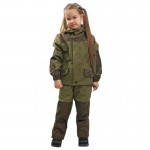