KGB Patch Russian Soviet Secret Service Badge KGB uniform sleeve patch. Embroidered. Size: 8,5 x 7 cm (3,3 x 2,75 inches) The patch is a high quality reproduction. The State Security Committee CCCP (abbr. KGB USSR) - the central governmental authority unit of the Union of Soviet Socialist Republics in the field of national security , which operated from 1954 to 1991 . The main functions of the KGB were foreign intelligence , counterintelligence , operational-search activity, protection of the state border of the USSR, the protection of the leaders of the Communist Party and the Soviet Government, organization and government communications, as well as the fight against nationalism, dissent and anti-Soviet activities. Another task was to provide the Central Committee of the CPSU (Communist Party of The Soviet Union) and the higher organs of state power and administration of the USSR with information affecting national security and defense of the country, the socio- economic situation in the Soviet Union and the issues of foreign policy and foreign economic activity of the Soviet state and the Communist party. The system of the KGB were fourteen national committees of national security in the republics of the USSR and the local public security authorities in the autonomous republics, territories, regions, individual cities and districts, military districts, formations and units of the army, navy and internal troops, transport, border troops, government communications troops, military intelligence agencies, educational institutions and research institutions, as well as so-called first departments of Soviet institutions, organizations and enterprises. 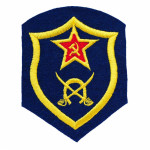 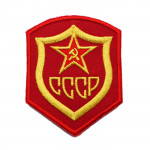 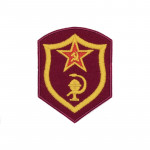 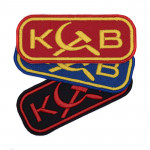