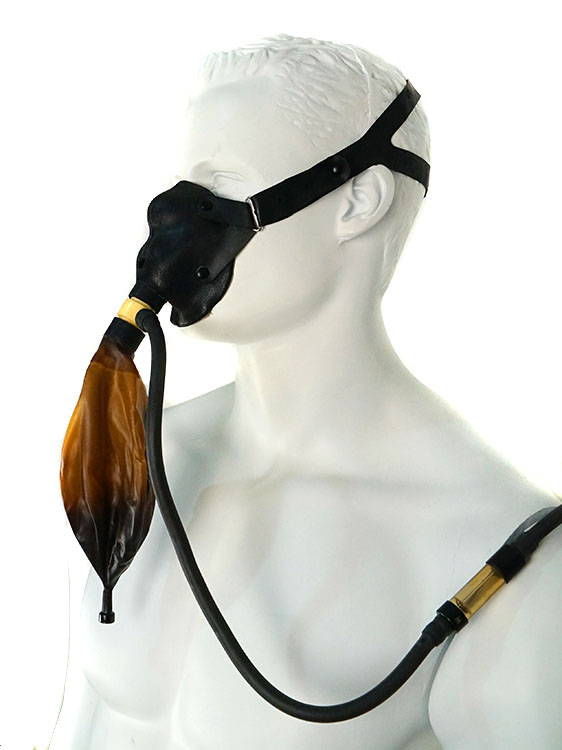 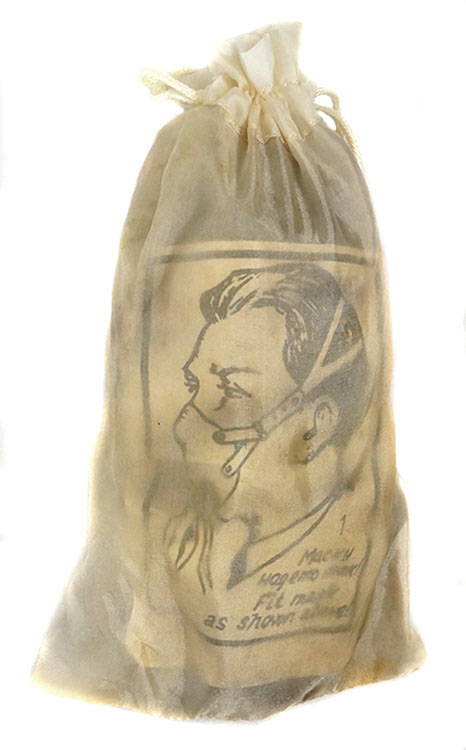 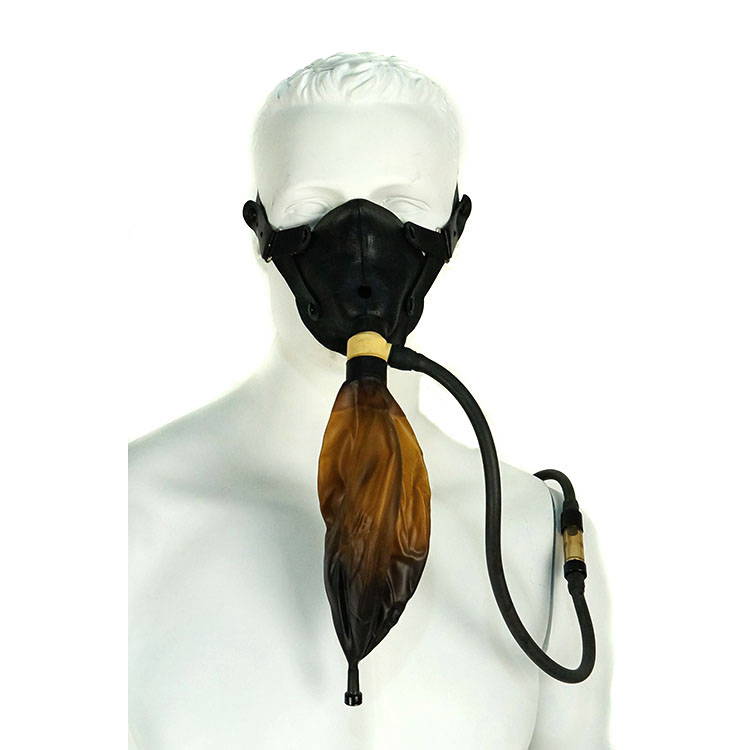 Original unused Soviet military surplus from a military warehouse. Will come in original nylon bag. powdered with chalk powder.
Unfortunately history hides from us (at least from me) what was the first Soviet post-WW2 mass produced oxygen mask, but it is safe to assume that KM-15 was one of the first. Developed sometime in late 40s or early 50s, this simple design marched on well into the 80s and possibly in to the 90s (though not in military aviation).
KM-15 face peice is made out of rubber with leather lining inside. Mask is extremely small, just barely covering pilot's mouth and portion of the nose, and probably was not the most comfortable thing to wear for long periods of time. Designed at the time when Soviet helmets still did not have special hooks to which oxygen masks could be attached, KM-15 utilizes a rubber band that worn over the pilot's head. In the middle front part of the mask is a small round hole - it's a rather simplified exhale system. Lower in the front part of the mask is the attachement point for the oxygen hose and exhale bladder. Located mid-way through the oxygen hose is a simple water trap device.
Exhale bladder functions in a way similar to medical and modern civial aviation oxygen masks - as pilot exhales, bladder fills with exhaled air. Then, as pilot starts to inhale, air from the bladder starts flowing in the opposite direction, mixes up with fresh oxygen and then inhaled by the pilot. Apparently, this helps to keep oxygen level in blood at normal level (about 20% percent).
KM-15I is a constant oxygen flow design mask and thus cannot be used for high altitude flying. 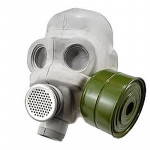 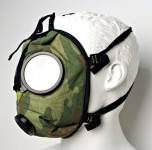 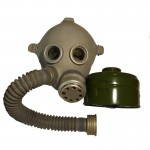