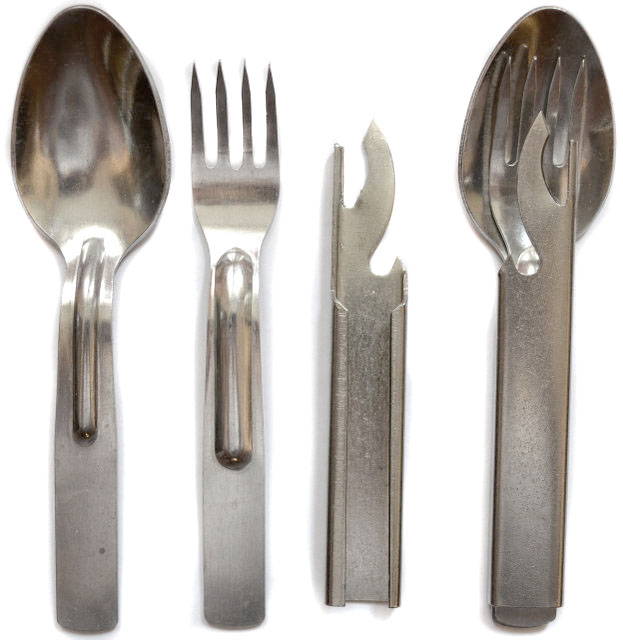 NK-1 Russian Soviet Army Military Cutlery Set.
Set of tableware of the Soviet Army NK-1. Made in the Soviet Union in 1970-1980-s.
NK-1 is a rare thing. Apparently, some separate parts of the army were completed with these sets, or these sets were intended only for officers. There is no exact information on this issue.
The origin of the set is obvious - the Wehrmacht and its progenitors. Slightly improved or vice versa, but, in general, it is a copy of the German set.
The set consists of full-sized table items, folded together and made of food-grade aluminum (spoon, fork) and stainless steel (a can opener with an opener). The usual knife, as in similar sets of Bundes or the Netherlands (M.v.D.) is absent, and this is important, since it greatly facilitated the equipment of the fighter, especially if one considers that the existing bayonet was used for cutting purposes. Well, for modern lovers of forest and tourism, the standard fourth component is generally useless, because in your pocket you probably always have something like a Swiss knife or an American multitool.
The set is compact - external dimensions are specially selected for storage inside the standard Soviet army pot. The weight of the set is 85 grams, the length of the instruments is 185 mm, and the width is 45 mm. It is difficult to bend or break the device, so with proper treatment, they are forever! 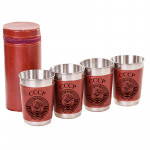 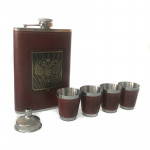 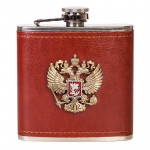