Soviet Spacecraft Soyuz-3 Embroidered Patch. High quality. Diameter: 9cm.
Soyuz-3 is a Soviet manned spacecraft of the Soyuz series launched into orbit on October 26, 1968 with astronaut Georgy Beregov aboard.
The first manned flight in the Soviet Union after the disaster of the Soyuz-1 spacecraft. 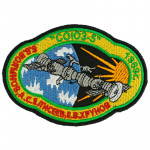 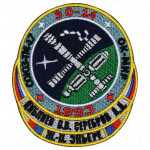 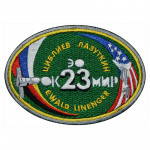