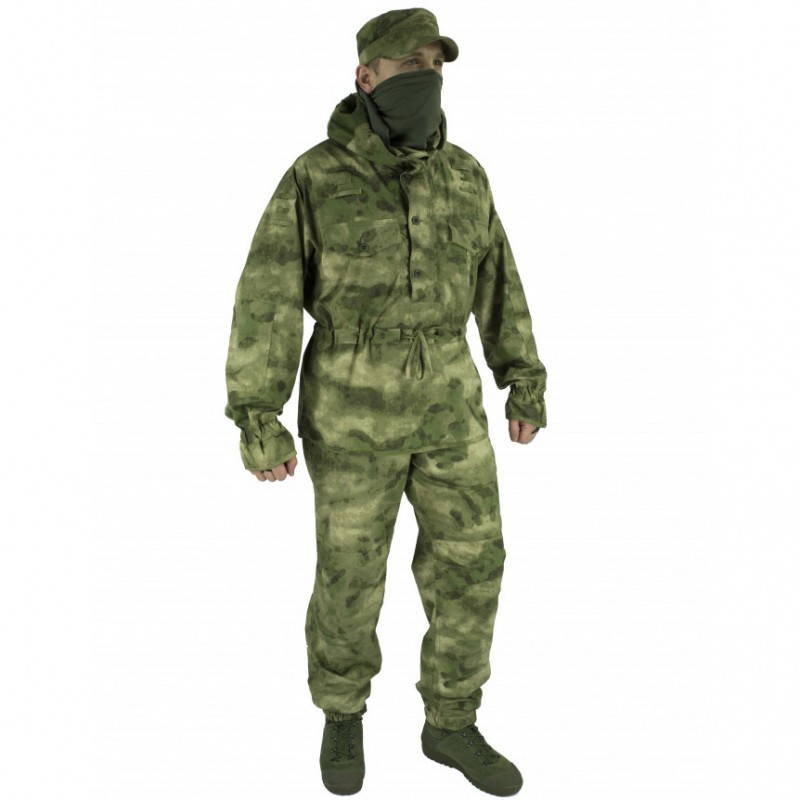 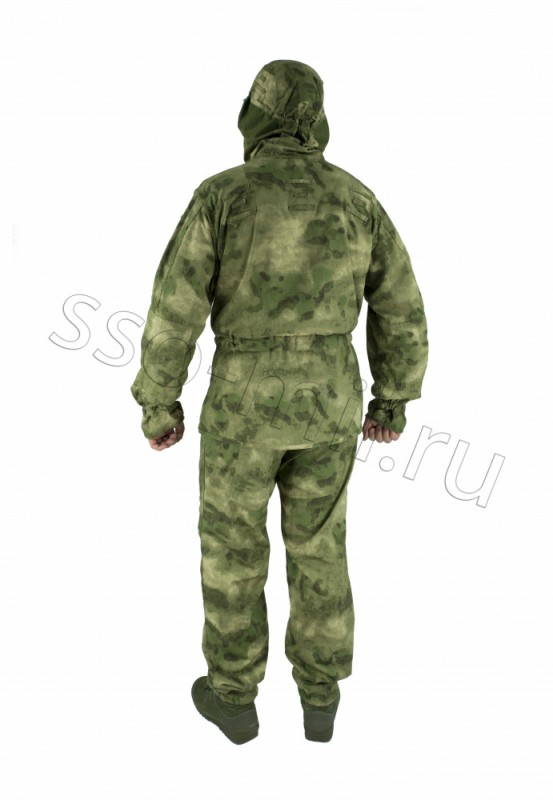 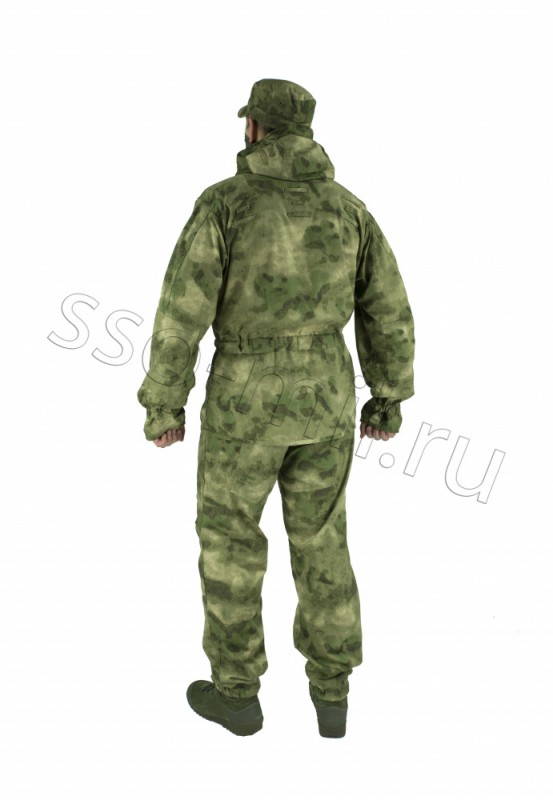 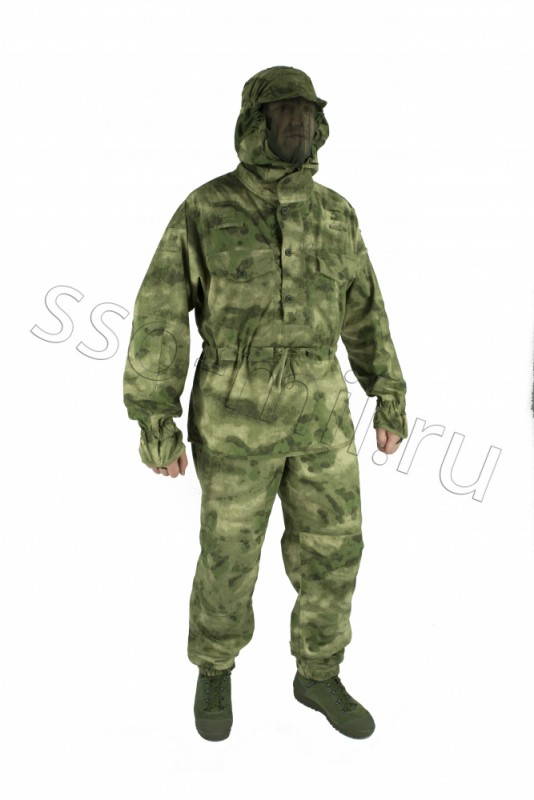 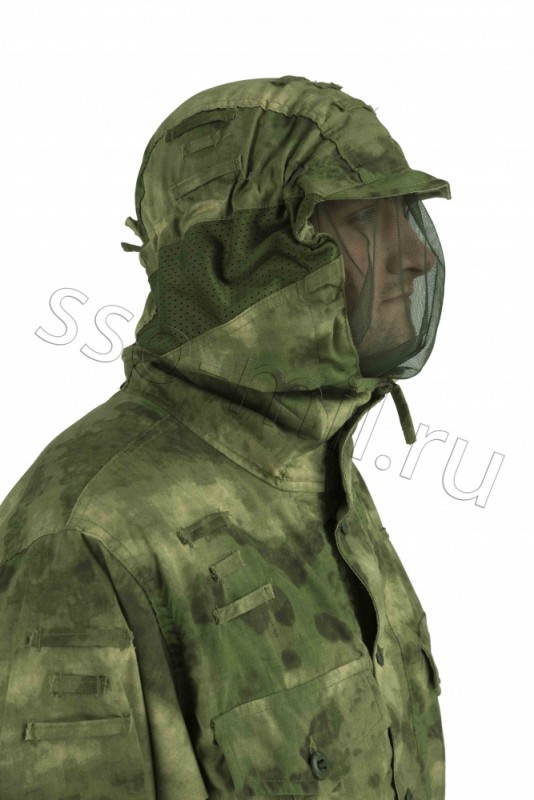 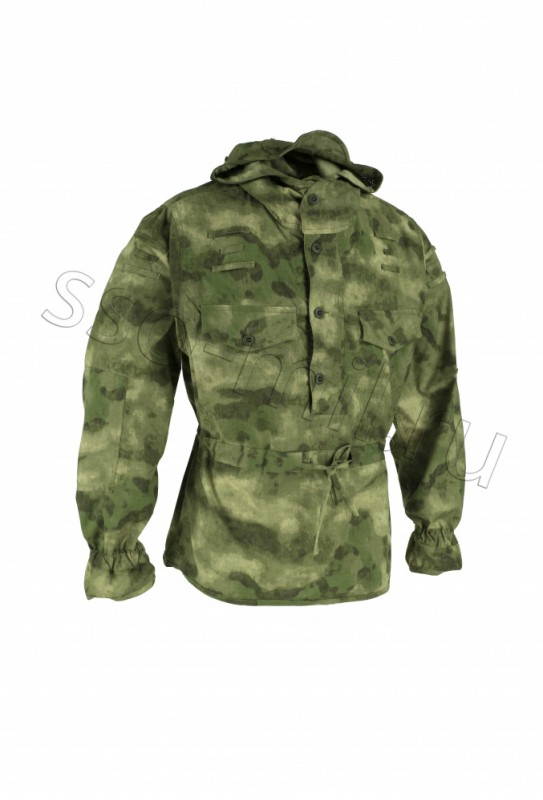 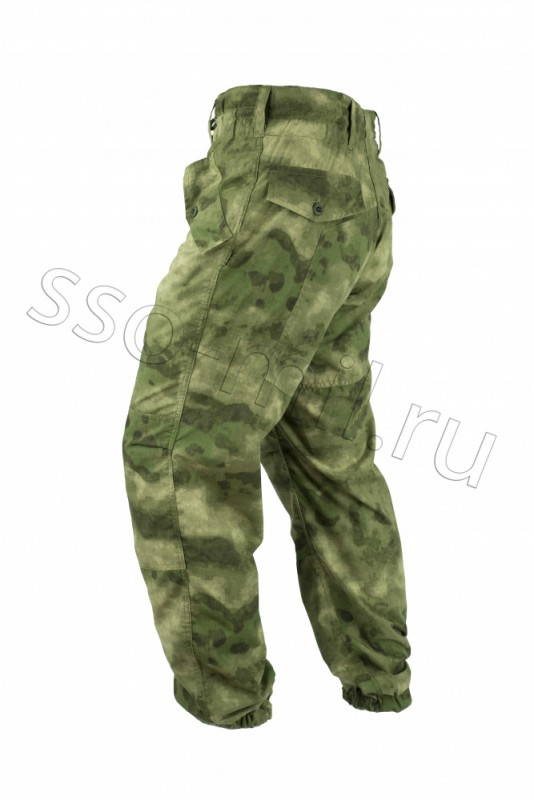 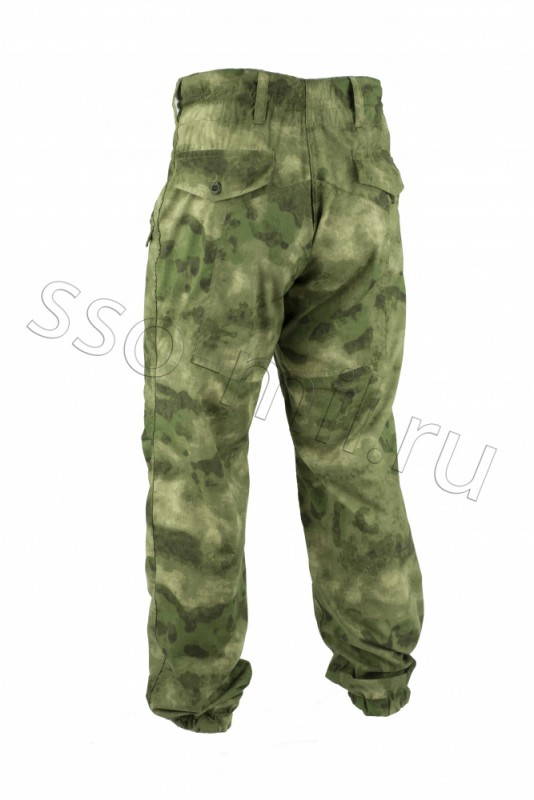 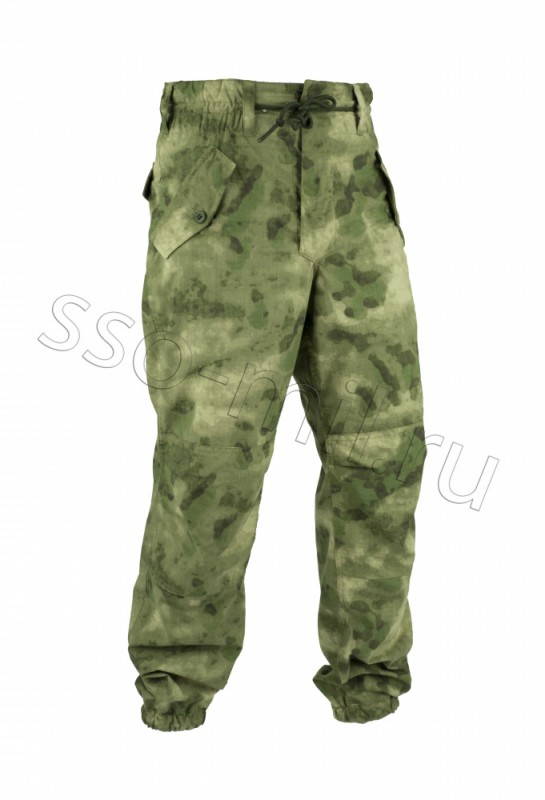 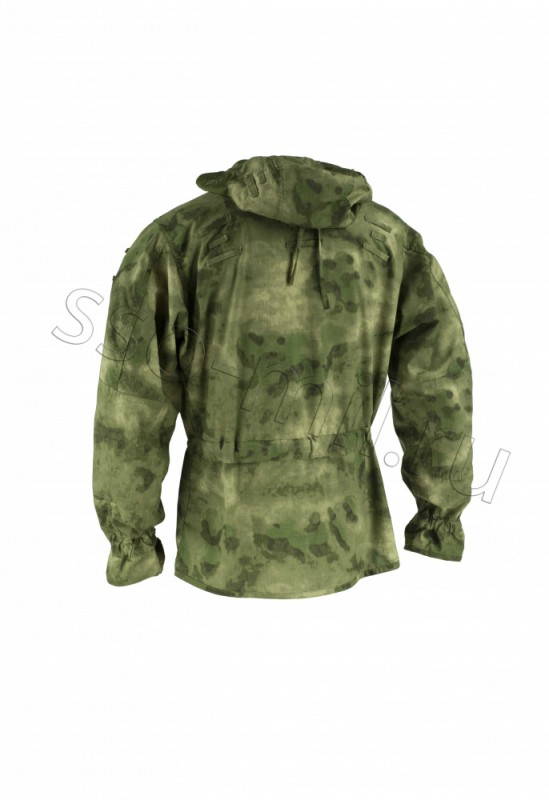 SSO Partizan Atacs Moh Reversible Camo Suit The product is intended for professional military personnel, law enforcement officers and environmental organizations, hunters, fans of active paramilitary games, etc. The Partizan (Guerrilla in Russian) consists of a jacket with a hood, trousers and camouflage net, which also performs the function of a mosquito net.
The suit is designed to provide a better masking, compared to the usual, including. camouflage uniform and can be dressed both on top of the latter, and in the form of a separate type of clothing, in hot weather. The jacket and trousers of the kit have a very loose cut that gives the costume a baggy appearance that does not emphasize the figure of a person. All the buttons of Partizan are fixed with a strong nylon sling. A separate highlight of the costume is its two-sided construct. Jacket and trousers, including all pockets and buttons, completely turn out, retaining its functionality. Pocket valves are available on both sides. The camouflage pattern, on the inside of the suit, repeats its shape, but has a less intense color shade, allowing the user to choose the right side under the conditions of the surrounding terrain. The hood of the jacket has lateral mesh inserts that preserve the user's auditory capabilities, is equipped with a small visor, and its volume is regulated by two pulling cords (in the occipital and facial sections).
The jacket is worn over the top, over the head, which is facilitated by a four-button fastening, a vertical breast pocket with a windshield valve, running from the top and up to the middle of the torso. If necessary, the jacket can be fitted with the help of a link with an inserted cord. In the upper front of the jacket, on the right and on the left, there are two evacuated chest pockets (170x130 mm), closed with valves on the buttons. The edges of the sleeves of the jacket are tightened with a sewn rubberized braid in the wrist area. The ulnar regions of the sleeves are reinforced with a double layer of tissue. The hood and the upper part of the jacket are equipped with a special lash system (on the inside of the jacket) for securing additional masking elements. Such lashes are located: on the frontal and both temporal regions of the hood; in the upper part of the back (three in a row); in the thoracic region (one above each pocket); in the upper outer part of the sleeves (one on the sleeve). The trousers have a double-layered fabric, slightly tightened with a sewn rubber band, a belt part with six belt attachments (on the inside, duplicated), with a dial position for 1, 3, 5, 7, 9 and 11 hours. The countertops are made of double-layer fabric and allow the use of belts with a width of up to 60 mm. In addition to the waist part is built a pull-cord, allowing you to wear pants without a belt. In addition, at the top of the waist part, with a dial position for 3 and 9 hours, sewn two nylon loops for fastening suspenders. The width of the trousers is a large, closed, cutout, closed on four buttons. In the front part of the trousers, just below the waist area, to the right and to the left, there are two foldable pockets (230x140 mm) covered with valves on the buttons, with a classic arrangement. Two more eversible pockets (170x130 mm) are located behind, on the right and left, below the waist, in the gluteal pants. The sciatic and knee areas of the trousers are reinforced with a double layer of tissue. The lower sections of the pants are sealed with a double layer of fabric and are tightened with sewn rubberized braid. Masking mesh, representing a separate detail of the costume, can be used as a mask, as a barmaid, as a breastplate (with an unbuttoned breast pocket). The cellular structure of the grid can serve as an effective mosquito net. The main seams of the Partizan costume are made using the technology of a seam stitch with a chain stitch. 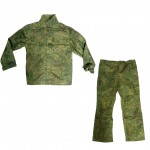 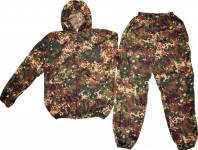 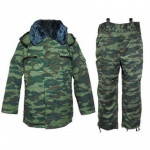 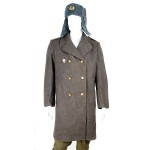